We are delighted that Revive has been selected as the business to represent Scotland in the 2019 Chivas Venture competition, being held in Amsterdam in May 2019. The global competition will see 20 social impact companies from countries across the globe vying for a share of the $1million prize fund.

The 20 finalists first met each other at the Chivas Venture Accelerator week in March, during a packed and inspiring programme held at the fantastic Conduit in London. The Chivas Venture, which has previously had the likes of Halle Berry and Will.I.Am as judges, looks for businesses which are striving to create far-reaching social and environmental impact through their business operations. Over the last 4 years, they have received over 8,000 applications, and supported 100 startups, and we are incredibly excited to be involved in this incredibly impactful competition. The finals will run alongside The NextWeb Conference and will see the 20 companies compete to be crowned the winning idea across the 7th, 8th and 9th of May.

The next three weeks of the Chivas Venture sees an online public vote take place, with $100,000 of the overall prize fund being split across the top 6 companies.

You can vote for Revive here before the April 30th deadline. 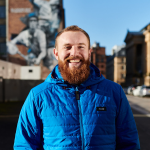 Scott Kennedy
Scott is a co-founder of Revive. As a socially-driven entrepreneur, Scott has a real passion for using ethical and disruptive innovations to solve everyday issues. As a keen traveller, he aims for Revive to go global, creating the perfect excuse to see more of the world.
Related Posts