This Monday is World Vegan Day. Abstaining from animal products has been shown to have a large number of environmental benefits, including a substantial decrease in your carbon footprint. But many still find it difficult to go vegan and leave behind their favourite foods. What if there were alternatives out there which taste just as good?

On the 1st of November every year, World Vegan Day is celebrated around the world. Veganism – a dietary and lifestyle choice involving abstaining from all animal products, including meat, dairy, and eggs – is rapidly increasing in popularity, with around 80 million people identifying as vegan at the beginning of 2021.

There are a number of reasons a person might “go vegan”. It might be that they do not agree with the ethics of killing animals or farming them for food. It might also be for health reasons – studies have shown that vegan diets decrease the risk of developing Type 2 Diabetes and may even protect against certain cancers.

One other reason that veganism is gaining in popularity, however, is because of the environmental benefits that a vegan diet can offer. It is well reported that the production of animal products places a heavy burden on the planet – one study even reported that 75% of the world’s agricultural land is used for raising animals. Another found that animal farming in the EU created more greenhouse gas emissions than all cars and vans put together.

Why, then, might a person not want to choose to go vegan? There are many reasons for this – changing your diet is hardly easy, after all – but one might be that they don’t want to replace their beef with chickpeas, or their bacon with carrots. Some people perceive vegan food to be heavier in vegetables and less enjoyable overall. But the truth is that most vegans’ diets are about as balanced as meat-eaters’ diets. There are hundreds of vegan alternatives to the non-vegan foods you love – whether that’s bacon, cheddar, or a bar of milk chocolate. This year, on World Vegan Day, we’re going to walk you through some of the best vegan alternatives on the market.

Meat: Burgers, Bacon, and other Bits and Bobs

Let’s start with the big one: meat. In my personal experience, I’ve heard people say they’d never even go vegetarian for one reason alone: bacon. And it’s a pretty compelling argument.

At least – it used to be. In the past few years, many vegan bacon alternatives have emerged, some tasting (and smelling) just like the real thing. For bacon sandwiches, I’d have to recommend THIS™ Isn’t Bacon (see right) – the closest thing I’ve found to a bacon replacement. For cooking (pasta, etc.), I’d recommend Vivera’s Plant Bacon Pieces.

What about burgers? There are honestly dozens of vegan burger alternatives out there which aren’t just vegetable patties. They’re all worth a try – but my personal preference is either Taste and Glory’s Quarter Pounders (left) or Future Farm’s Future Burgers.

And what about other meat, like chicken, ham, and tuna? Well, it depends what exactly you’re looking for. For sandwiches, there’s always the classic Quorn ham or chicken slices – some of which are vegan and others are vegetarian. For chicken pieces, there’s THIS™ Isn’t Chicken. As for tuna, I’d been disappointed by many of the vegan tuna alternatives until very recently, when I came across the new Future Tuna by Future Farm. It’s by far the best one I’ve tried.

Cheese: We’re Getting There!

When I first started thinking about going vegan, there was always a roadblock ahead of me, and it took the form of cheese. I loved cheese, especially a sharp cheddar, and the prospect of never eating it again made me nervous and sad. Even so, I tried my best to go without it, which was made even harder by the fact that vegan cheese – at least when I became vegan – was pretty bad. But several years later on World Vegan Day 2021, I’m pleased to say that it’s getting better. We’re not quite there yet, but we’re much closer.

My go-to vegan cheese is, without a doubt, Applewood’s Smoky Vegan Cheese Alternative (see right). Coming in the form of a block, slices, or grated, this cheese alternative is easily the best replacement for smoked cheese – whether it’s on toast, in a sandwich, or on top of pasta. But – and it gives me great pleasure to say this – it’s not the only one. Recently I’ve been enjoying Violife’s Smoky Cheddar Slices in sandwiches, and they’re fantastic.

Chocolate was always number #2 on my list of reasons to not go vegan – specifically, milk chocolate. I’ve never been a fan of dark chocolate (a lot of which is vegan), so I needed to find a vegan milk chocolate replacement that didn’t taste weird or like advent calendar chocolate.

That’s why I’m glad I discovered NOMO – short for NO Missing Out. They do the lot – chocolate bars (in multiple flavours), chocolate buttons, and even advent calendars and Easter eggs. Their caramel-filled chocolate drops remind me of Galaxy Caramel bars, and their cookie dough Reindeers are just like the Maltesers Rabbits and Reindeers. Also worth a mention are the brand new Vegan KitKats, LoveRaw’s Wafer Bars, and Raw Halo’s chocolate bars.

Will you go vegan this World Vegan Day? Even going meat-free one day a week can have a profoundly positive impact on the environment. Let us know if you’re swayed by any of our recommendations above – or, if you have any others you want to shout about, get in touch with us here.

A Guide to Reusing Your Coffee Grounds. 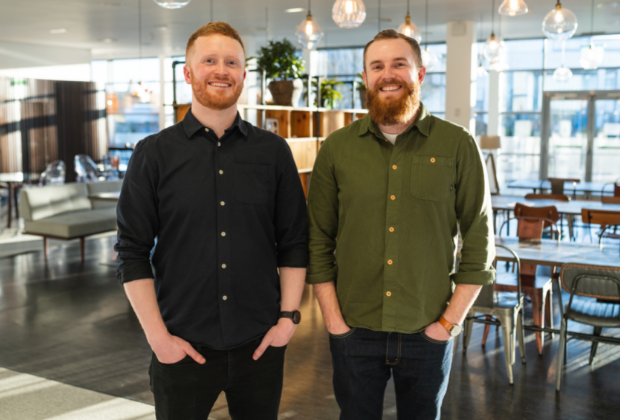